Heading into the PGA Championship just a few weeks ago, we were coming off one of the most historic major championships in history. The first Japanese man to win a major, Hideki Matsuyama opened the door for professional golfers throughout Southeast Asia. A month later, Phil Mickelson stunned the golf world by becoming the oldest player in major championship history, winning at 50–just a month and a half shy of his 51st birthday. Mickelson had recently accepted a special invitation to play in the US Open at Torrey, something he won’t need to rely on for another five years. The question is, does the win at Kiawah Island give Mickelson the spark to pull off the unthinkable at Torrey Pines and finally close the door and complete the Grand Slam?

Golf has provided so much turbulence over the past few months, turbulence which continued last week at The Memorial Tournament. Jon Rahm tested positive for COVID-19, forcing him to withdraw after the close of play Saturday with a six-stroke lead. When you take into account the storied winners both in the US and abroad, it is difficult to pick the winner who will lift the trophy at Torrey Pines next week.

We all know the course itself is brutal and will be forever etched into our memories, thanks to the epic 2008 US Open battle between Tiger Woods and Rocco Mediate which lasted 91 holes. Tiger’s putt to force a playoff on the 72nd hole in regulation is one of the most memorable, not just from Torrey Pines, but in major championship golf. The course itself, Torrey Pines South, always plays as one of the longest major championship venues in the world. Its 7,698 yardage would be long anywhere, but sitting alongside the ocean at zero elevation with heavy seaside air makes it an immensely lengthy course. This has always suited longer hitters, making Rocco Mediate’s runner-up performance in 2008 even more impressive. The rough is dense and the fairways are narrow, and if that isn’t enough, the greens are firm, fast Poa Annua–meaning you’ve got one tough golf course to navigate!

In our past major previews, we have focused heavily on a short list of players we think will feature. Each time the usual suspects show up: DeChambeau, Koepka, Schauffele, Morikawa, and Speith. Given the US Open has a field primarily made up of qualifiers, we thought we’d take a look at those who have qualified through sectionals this week and some of the ‘outsiders’ who may have a chance come US Open Sunday!

First off, we’ll look at the leading qualifier Ryo Ishikawa from last month’s Japanese Sectional Qualifier at The Royal Golf Club on Japan’s East coast, which is 2-½ hours outside of Tokyo. Ishikawa is a player almost everyone in the golf world has heard of. He burst onto the professional golfing scene as a 15-year-old amateur in his homeland, becoming the youngest player ever to win a men’s professional event on a sanctioned tour anywhere in the world in 2007. Four short years later, Ishikawa had found his way to the PGA Tour. A mountain of expectation was placed on his shoulders, particularly in Japan. Ishikawa’s career never really flourished on the PGA Tour, his best years being back-to-back in 2014 and 2015. He earned around $2.2M, recording a second place finish and a number of other solid finishes. Since 2017, Ishikawa has remained primarily in Japan. His form has been short of stellar over the past few months but his rounds of 67-67 (-10) may be just the thing he needs for a strong result at Torrey Pines.

South Africa’s Branden Grace is no stranger to major championships and low scores, none more impressive than his 62 at Royal Birkdale during the 2017 Open Championship, the lowest score in major championship history. Grace has shown solid form throughout the 2020/21 season so far, which includes a win at the Puerto Rico Open and a 4th place result at The Memorial Tournament last week. Grace shot rounds of 70-72 (-2) on Monday at The Bear’s Club in Jupiter, Florida sneaking in with the final qualifying spot.

The Korn Ferry Tour’s 3rd ranked player, Greyson Sigg, advanced through qualifying at Piedmont Driving Club in Atlanta. Sigg shot rounds of 67-68 (-9) to finish T3 and moved on to Torrey Pines. Sigg has played consistently outstanding golf all season long on the Korn Ferry Tour, highlighted by his recent win at the Visit Knoxville Open. He is 3rd in season, scoring with an average of 69.14 and has notched nine Top 10’s in 28 starts. Qualifying on Monday for the PGA Tour event in the Dominican Republic in March, Greyson shot four rounds of par or better to finish inside the Top 10 and earned an exemption the following week into the Valero Texas Open. His all-around game will suit Torrey Pines and it would come as no surprise if he were to feature on Sunday.

The Brookside Golf & Country Club qualifier in Columbus never lacks depth with the majority of the field having played The Memorial Tournament the week prior. Of the 16 qualifiers, 9 are past PGA Tour winners, including past Masters Champion, Charl Schwartzel, from South Africa. Two top 25’s along with a 2nd and 3rd place finish in his six starts since late April make him a dangerous player headed into Torrey.

I think everyone hopes to see a closely contested US Open. The 18th hole at Torrey Pines is a great risk and reward Par 5 which will offer plenty of drama and excitement as the leaders close out on Sunday. Anything from an eagle to a double bogey will be possible. I enjoy when tournaments are held out West and the prime-time finishes! 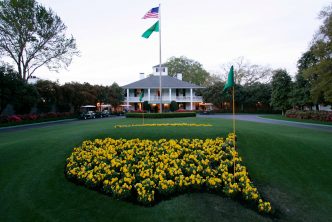