There is no doubt that driving distance has become one of the most debated topics in golf and has dominated the sport for decades. On golfer’s tongues since John Daly topped the PGA Tour driving distance stat at over 300 yards for the first time in 1997, notably the same year Tiger Woods brought Augusta National to its knees, leading to the first ‘Tiger Proofing’ of the course.

Is the length golfers are hitting it today good or bad for the game of golf, and should the governing bodies make changes to the equipment to minimize it? The argument is a valid one which requires thoughtful consideration as to the factors causing it and the impact length is having on many aspects of the game. The primary concern is sustainability and the long-term impact on the world’s greatest courses, and the ability to build new ones. It appears to be happening already and has been for a couple of decades.

I get asked about distance often. Every golfer craves it! I have a difficult time answering with any certainty as to its positive or negative impact on the game. Truth be told most golfers would do best focusing on hitting it straighter as opposed to gaining 10-20 yards from the tee! Most golfers could easily shave 2-5 shots off their average score just by improving their chipping and putting.

Throughout my years playing the game I have been fortunate to play the majority of my golf in two of the world’s most recognizable locations, Australia and the United States. Australia is home to some of golf’s greatest courses, many designed by legendary golf architect Dr. Alister MacKenzie. Over the years they have been tweaked and changed but one thing holds true, they are landlocked, built in what are now heavily suburban areas of Australia’s largest metropolises. Courses in the US tend not to be as restricted; properties tend to be more expansive, often in very obscure locations with room to lengthen the course. Augusta National is a fine example. In 1997, the championship tees at Augusta measured 6,925 yards, while a few weeks ago for the 2021 Masters measured 7,475 yards, still maintaining the same integrity and hole structure as 1997. Courses like Royal Melbourne, St. Andrews Old Course, and Merion do not have the same luxury.

I believe technology and distance has had a significant impact on people’s desire to want to play the game, which is great for the game. Technology has made golf easier for beginners starting out, larger club heads being the biggest game improvement for the average golfer. As for the professional game, look no further than the PGA Tour driving statistics since 1980. The table below shows the comparison by decade of the longest hitter and player ranking 100th for the season in driving distance. What is most notable is the player ranking 100th in 2020, Scott Piercy is only 4 yards shorter than John Daly from the year 2000. Furthermore, John Daly was the first player to average 300+ yards in 1997. This past season, you have to go all the way down to 73rd on the list before finding a player who is not hitting it over 300 yards!

Prior to 2000, the use of gyms and fitness routines were limited to nonexistent on the PGA Tour. There was no fitness trailer each week and players certainly did not have a full-time trainer. Truly athletic physiques on the PGA Tour were few and far between. By comparison today, almost every player has a personal fitness coach, working on golf specific speed and flexibility exercises since the day they take golf seriously. Now it is spot the out-of-shape guy on tour. Players like Bryson DeChambeau and Brooks Koepka are visibly much bigger, more muscular golfers than four or five years ago because of their fitness routines.

Technology and maintenance practices have improved drastically over the same time frame as golf equipment has improved. Fairways are being top dressed with sand, producing a smoother surface for modern hydraulic controlled pressure rollers to cut the fairways at a shorter length. With water being such a precious resource, grass types are being produced which are more heat tolerant and drainage is improving, drying out and firming up playing surfaces. This combination of factors makes a PGA Tour fairway play more like the motorway you take to work every day, not uncommon to see a ball bounce 20-30 yards and roll out another 20-30 yards before stopping.

One thing all golfers can agree on is the golf equipment we’re using as the primary driver of increased distance. Where it gets interesting is determining if any one piece of equipment has a more profound impact than the other. Is it the ball, the driver, or shafts? Is it a combination of all of the above?

When the PGA Tour driving statistics were implemented in 1980, the golf ball of choice was a two-piece wound ball called a balata. The balata ball was exceptionally soft. It produced a high spin rate which was great for chipping, putting and workability on full shots. However, it was terrible for distance off the tee. The balata did not perform well in the category of durability either. A single thinned bunker or wedge shot and the ball was unusable. Everyday golfers opted for a poor performing, solid ball which offered little to no feel or control around the green but was resilient to damage.

Throughout the 1990’s, companies, namely Titliest, began experimenting with three-piece, urethane covered golf balls. The ball and distance debate began shortly thereafter, particularly when Titliest launched its four-piece ProV1x in 2003. What made this ball unique was it had a dimple pattern with 60 fewer dimples making it significantly more aerodynamic than its competitors but maintained tremendous levels of feel around the green. The introduction of a four-piece golf ball allowed all companies to begin experimenting with materials, offering a great feel off the club face but still enhancing distance.

One of the most recent big steps in ball technology came in 2009. Taylormade released the first ever five-piece golf ball. The additional layer allowed engineers to create golf balls which lowered the spin rate specifically off the driver while increasing spin rate with the shorter clubs used for approach shots into the green. The reduction in spin rate off the driver has coincided with the development of higher launching, lower spinning driver heads to greatly increase distance..

The majority of conversation I have with people regarding distance, without question, revolves around the driver. Even when I began playing golf in mid 1996, titanium drivers were not yet commonly used. The Callaway Great Big Bertha was released the year prior and was being used by nearly 50% of all players on the PGA Tour beginning that season but retailed for US$500+. Top of the range steel drivers retailed around the $300 range making them far more appealing to the average consumer. A short ten years prior in the mid 1980’s, steel headed drivers were only starting to gain popularity. Wooden persimmon drivers maintained favor on the PGA Tour all the way up to the introduction of titanium where it became difficult to argue against the distance benefits titanium offered. Let us return to the driving statistics table from earlier, the jump in driving distance from 1990-2000 is the most considerable of any decade since statistics began in 1980. John Daly’s 301.4-yard average in 2000 was 21.8 yards further than Tom Purtzer from 1990. The next biggest jump in driving distance was the decade which followed with Robert Garrigus averaging 315.5 yards in 2010. The two decades either side of the introduction and increase in popularity of titanium saw increases of less than 7 yards over each 10-year period.

The next major change in driver development happened between 2010 and 2020 with the introduction of ‘carbon composite’ driver heads. The introduction of this new technology did little at the top end of the driving statistics category but has had a drastic effect on the sheer number of players hitting the ball a significantly long way. Taylormade has been at the forefront of driver head innovation utilizing ‘carbon composites’. After refining their technology for more than a decade they finally released their first design integrating the material with the 2015 launch of the M1 line of drivers. Since then, ‘carbon composites’ have become favorable over titanium for its strength, stiffness, acoustics and importantly low density. The lower density material has allowed companies to incorporate weights into their head designs allowing for greater forgiveness on mishits. Greater forgiveness means golfers can swing harder without compromising on accuracy as they would have in the 1980’s, 1990’s and even 2000’s. It is for this reason the number of long hitters has increased so dramatically in the last 10 years. Additionally, weights have been added to the head of the driver to push weight deeper, optimizing high launch while maintaining a lower spin rate, all determining factors in distance.

Finally, let’s consider the shaft. Although not talked about, innovations in shaft design and materials, coupled with shaft length, have had a significant impact on distance. As with driver heads and the golf ball, shafts have transitioned from basic steel and graphite in the1980’s and 1990’s to what we see today. Golfers can match shaft specifications with spin rate, launch and shot shape to fit perfectly with the driver head they want to play. Shaft specifications aside, driver shaft length has changed significantly. In the early 1980’s the average length for a driver shaft was 43 inches, the equivalent of today’s 3 wood. Over the course of each succeeding decade the average length of the driver shaft has increased by roughly a ½ inch to the current standard of 45.5 inches. It is estimated the golf ball will travel an additional 5+ yards for every ½ inch of length added. That is 25 yards of added distance on the PGA Tour from 1980 to 2020, just by increasing the standard length of the driver shaft!

There is no doubt the significant technological developments since the turn of the century have had profound and lasting impacts on the game. Do I think we should be making a huge reversal in the progress of growing the game and making golf harder? Absolutely not! The average golfer should not be limited or held to the same standards as the professionals. I do believe there should be equipment limitations in the professional game, like baseball did with aluminum bats.

First and foremost, there needs to be a cap on the length a driver can be played at in competition. What length? Personally, I’d like to see a middle ground around 44.5 inches, if a player then wants to focus on increasing their swing speed through physical training, go for it. Secondly, and lastly, I would cap the size of the driver head for professionals and actually reduce it to between 400 and 430CC. The reduction in head size would likely bring back an element of control to the tee ball as the forgiveness on mishits would diminish. There were a small number of professional golfers who were opposed to restrictions on anchor putting when the governing bodies banned the belly and broomstick putters but eventually everyone dealt with it and moved on. Any restrictions on other clubs would be met with some initial criticism but overall won’t stop people golfing!

My hope is length becomes relatively capped where we are today. The continuing trend toward 400-yard drives is a slippery slope and should be geared for World Long Drive competitions. We need to protect our great venues like Royal Melbourne, St. Andrews and Merion. Let’s conserve the history of the game while continuing to make it fun and enjoyable for everyone! 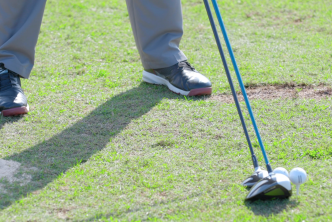